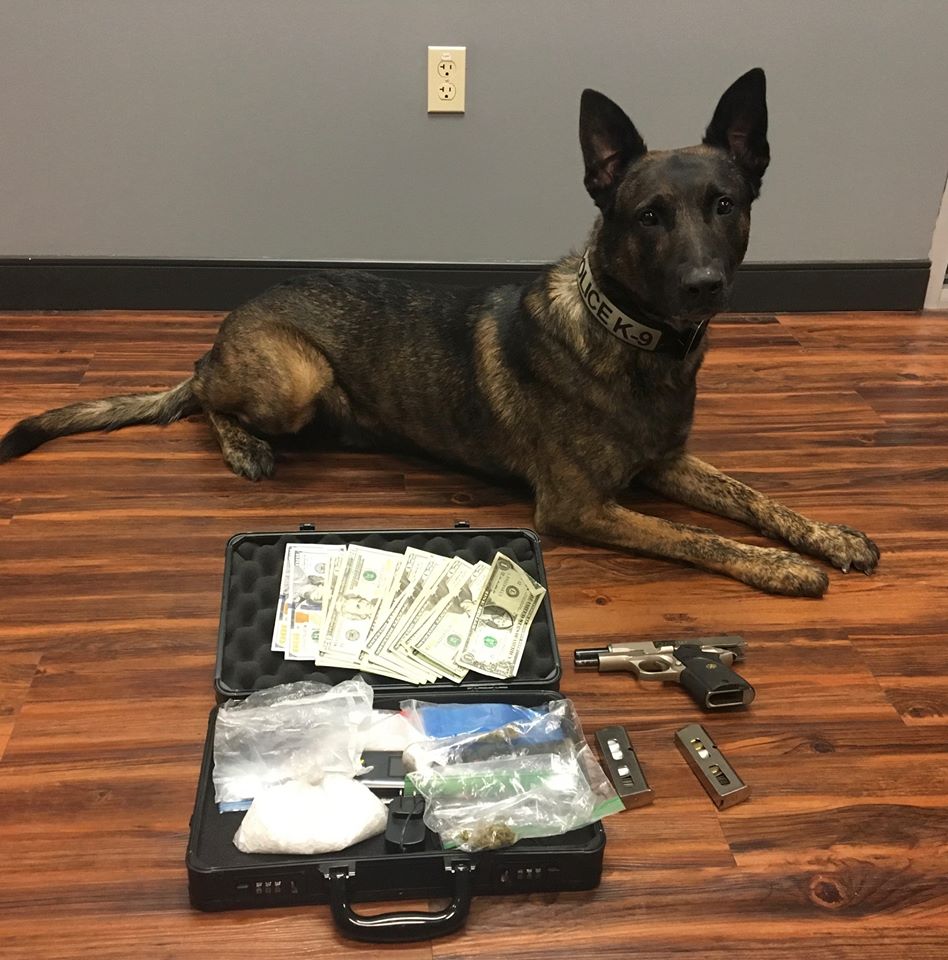 K9 Kai, a Dutch Shepherd was born in the Netherlands on July 11th, 2014. K9 Kai was chosen at a very young age to begin training as a Police K9. He attended Advance Apprehension and Obedience Training, also known as the Royal Dutch Police Dog Sport at the age of 2 years old. In 2017 he was imported to USK9 Unlimited located in Abbeville, LA.

Kai is certified through the National Narcotic Detector Dog Association (NNDDA) and USK9 Unlimited in detecting the odor of controlled substances which included: Marijuana, Heroin, Cocaine, Methamphetamine, and Ecstasy. Kai is also certified in apprehension and tracking.

When not working, Kai lives with his handler, Corporal Cooper, and his family. The care and maintenance of a Police K9 go beyond the start and end of an assigned shift. It is a 24/7 job that requires a huge commitment on the part of the officer. Other than basic feeding and grooming, Police K9s must train regularly to keep up their proficiency, even if it means training on the officer’s days off.